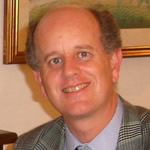 Augusto Neri obtained an Honours Degree in Chemical Engineering from the University of Pisa (1990) and a PhD from the Illinois Institute of Technology (IIT) in Chicago (1998), completing a thesis on the multiphase numerical simulation of explosive volcanic eruptions.
In 1991 he received the Dow Chemical prize for the best graduate thesis in Chemical Engineering and won a permanent position at the ENEL-Centro di Ricerche Termiche e Nucleari in Pisa. After numerous professional contracts and study grants spent at the Istituto Nazionale di Geofisica (ING) and the Consiglio Nazionale delle Ricerche (CNR), and two CNR-NATO study bursaries spent at the IIT of Chicago, in 1996 AN became contract researcher in physical modeling of volcanic processes and, subsequently (1998), Senior Researcher in volcanology and geothermal science at the Centro di Geologia Strutturale e Dinamica dell’Appennino and then at the Istituto di Geoscienze e Georisorse of the CNR in Pisa.
Since 2003 he has been Research Director of physical volcanology at the Istituto Nazionale di Geofisica e Vulcanologia (INGV) in Pisa. During his time with the INGV, AN has been responsible for the Functional Unit “Centro di modellistica fisica e pericolosità dei processi vulcanici” in Pisa of the Roma-1 Section (2005), national coordinator of the Coordinated Transversal Theme “Volcanic Hazard Scenarios” (2006-2007) and, lastly, director of the Pisa Section of the INGV (2005-2013) which is focused on the understanding of geological processes and quantification of their hazards. He is presently responsible of the research group “Dinamiche e scenari eruttivi” of the Pisa Section of INGV. In 2014, AN has also obtained the national scientific qualification (ASN) as Full Professor in volcanology (sector 04/A1) and Earth physics (sector 02/C1).
Research by AN has been mainly concerned with the physical-mathematical modelling of volcanic and geophysical processes and phenomena. In particular, it has focused on the numerical modelling of atmospheric ash dispersal and deposition, the formation and propagation of pyroclastic density currents, magma ascent in volcanic conduits, evolution of magmatic reservoirs, lava flows, volcanic domes, and the development of integrated dynamic models of volcanic and magmatic systems. AN has also contributed to the application of physical-mathematical models and probabilistic techniques to the quantitative estimation of volcanic hazards and risks and associated uncertainties, with particular reference to major active volcanoes in Italy (e.g. Vesuvius, Campi Flegrei, Etna) and abroad (e.g. Mount St. Helens, Soufrière Hills-Montserrat, Pinatubo, Mt. Redoubt, Eyjafjallajokull, Santorini, La Soufriere of Guadeloupe, etc.).
In about 24 years of scientific activity, AN has published about 75 papers in ISI scientific journals and referred books – h-index of 24 (ISI-Web) and 27 (Google Scholar) – and about 50 technical and scientific reports. He has been also main editor of a special volume of the Journal of Volcanology and Geothermal Research dedicated to hazard and risk assessment at the main European volcanoes and has given more than about 250 presentations at international and national scientific conferences and workshops.
AN has been the scientific coordinator, head of research units, and has taken part in numerous European projects and framework programmes concerning volcanology, volcanic hazards, geophysics and natural risks. From 2002 to 2006 he was scientific coordinator of the EU-funded EXPLORIS project within the framework of the EC “Environment-Support for Research Infrastructures” programme. From 2010-2012 he was the scientific responsible of the MAMMA project within the framework of the EC People programme, and since 2011 he is vice-chair of the MEMOVOLC European network “Measuring and modelling of volcanic eruption dynamics” co-financed by the European Science Foundation (ESF). Since 2013, he is also vice-chair of the EU-funded COST Action “Expert Judgment Network: bridging the gap between scientific uncertainty and evidence-based decision making”. From 2006 to date he has been a sub-contractor and collaborator of several research projects funded by the National Science Foundation (USA) and the French National Research Agency. In Italy, AN has been the coordinator and head of research units involved in numerous projects and programmes financed by the Ministero dell’Istruzione, Università e Ricerca, the Consiglio Nazionale delle Ricerche, the Dipartimento della Protezione Civile and the Regione Campania.
As for teaching activity, AN has been, or currently is, the supervisor/co-supervisor of 8 doctoral theses, 6 graduate theses and 4 post-doc fellowships. He founded and was a member of the Board for the PhD programme “Physical modelling for Environmental Protection” at the universities of Bologna and Pisa (1999-2006) and is presently in the Board of the PhD programme “Dottorato Regionale in Scienze della Terra” of the universities of Firenze, Pisa and Siena (2012-ongoing).
From 2002 to 2010, AN served as the representative of the International Association of Volcanology and Chemistry of Earth Interiors (IAVCEI) in the Committee of Mathematical Geophysics (CMG) of the International Union of Geodesy and Geophysics (IUGG), and in 2010 he was Chairman of the CMG2010 international conference entitled “Modeling Earth Dynamics: Complexity, Uncertainty and Validation” held in Pisa. Since 2006 to 2012 he has been a member of the Editorial Board of the international Journal of Volcanology and Geothermal Research.
AN has also been a member of numerous consulting committee and evaluation boards of international and national organisms and agencies including that nominated by the Italian Dipartimento della Protezione Civile – Presidenza del Consiglio dei Ministri, for the preparation of eruption scenarios for the emergency plan of Campi Flegrei (2009-2012), and that nominated by the World Meteorological Organization (WMO) and IUGG for the assessment of volcanic ash hazard and risk for aviation traffic after the 2010 eruption of Eyjafjallajokull. AN has also contributed to the assessment of volcanic hazards during several national and international crises as is active in outreach activities and dissemination of scientific results.